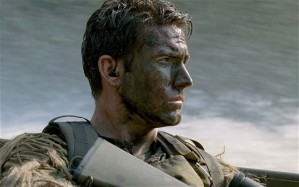 To complete God’s creation He breathed life into man, then took his rib to create woman.

What did He create Man to be?

Then the Angel of the Lord appeared unto him, and said unto him, The Lord is with thee, thou valiant man. (The 1599 Geneva Bible)

And the Angel of the Lord appeared to him, and said to him, “The Lord is with you, you mighty man of valor!” (NKJV)

When the angel of the Lord appeared to Gideon, he said, “The Lord is with you, mighty warrior.” (NIV)

The angel of God appeared to him and said, “God is with you, O mighty warrior!” (Message)

What does it mean to be valiant or a person of valor?

Here is a definition from both today and 1828.

Valor: Strength of mind in regard to danger; that quality which enables a man to encounter danger with firmness; personal bravery; courage; intrepidity; prowess. (Noah Webster 1828)

Warrior: 1. a person engaged or experienced in warfare; soldier. 2. A person who shows or has shown great vigor, courage, or aggressiveness. (Dictionary.com)

Warrior: 1. in a general sense, a soldier; a man engaged in military life. 2. Emphatically, a brave man; a good soldier. (Noah Webster 1828)

What did He create Woman to be?

Who shall find a virtuous woman? For her price is far above the pearls. (The 1599 Geneva Bible)

Who can find a virtuous wife? For her worth is far above rubies. (NKJV)

A wife of noble character who can find? She is worth far more than rubies. (NIV)

A good woman is hard to find, and worth far more than diamonds. (Message)

What comes to mind when think of virtuous or noble?

Here is a definition for both today and 1828.

Virtuous: morally good; acting in conformity to the moral law; practicing the moral duties, and abstaining from vice. (Noah Webster 1828)

Noble: of an exalted moral or mental character or excellence (Dictionary.com)

There is nothing wrong with being moral and ethical. It is something that is lacking in today environment. But when you read that, does it make you feel like the above picture?

What if that is not what King Lemuel intended when he wrote Proverbs 31?

The Hebrew word is hayil the same word used to describe Gideon in Judges 6:12.

Hayil – a masculine noun meaning strength, wealth, army; This word has the basic idea of strength and influence. It can be used to speak of the strength of people. God is often seen as the supplier of this strength. (The Complete Word Study Dictionary Old Testament)

Why would God use the same word to describe men of war as he does a virtuous woman? What was Eve created to be?

Also the Lord God said, It is not good that the man should be himself alone: I will make him an help meet for him. (The 1599 Geneva Bible)

And the Lord God said, “It is not good that man should be alone; I will make him a helper comparable to him.” (NKJV)

The Lord God said, “It is not good for man to be alone. I will make a helper suitable for him.” (NIV)

God said, “It’s not good for the Man to be alone; I’ll make him a helper, a companion.” (Message)

The word used in Hebrew is Ezer Kenegdo: עֵ֖זֶר כְּנֶגְדֹּֽו 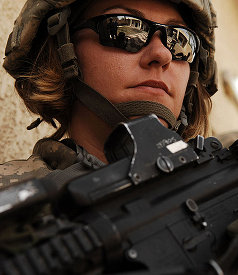 Kenedgo means alongside but ezer is a very difficult word to translate and any other place it is used it references God when He is desperately needed. A better translation is lifesaver. You need an ezer when your life is in constant danger and to be an ezer you need hayil, the strength described as valor not virtue.

God created men and women to complement and complete each other not compete against one another. But he also knew Adam and Eve would fall, so through the Grace of our Lord Jesus Christ, and the love of God, and the Spirit of Truth, He put in each of us the strength needed to overcome the obstacles of the enemy. He made each of us valiant so we can fight for one another.

This entry was posted on Tuesday, May 21st, 2013 at 1:54 am and posted in Uncategorized. You can follow any responses to this entry through the RSS 2.0 feed.
Friendship »

Joshua Motes
With My Whole Heart